The idea to dig canals and create new waterways first appeared in France around 15th century. This new communication network made it possible to transport goods more easily.

The Canal de la Sarre and the Marne-Rhine canal were built in the 17th century. The first was designed to carry coal from Lorraine to Germany and Alsace while the second was used to supply factories with various goods.

Having witnessed wars and great changes in the world, these waterways have been modified several times over the years. Today, they are enjoyed by boaters who take advantage of river tourism thanks to the renovated waterways and newly laid-out banks.

159 kilometres from Frouard to Strasbourg

It flows into the Saar river in Sarreguemines

In the Terres d’Oh!, the Saint-Louis Arzviller inclined plane (boat lift) receives more than 100,000 visitors a year, between April and October. 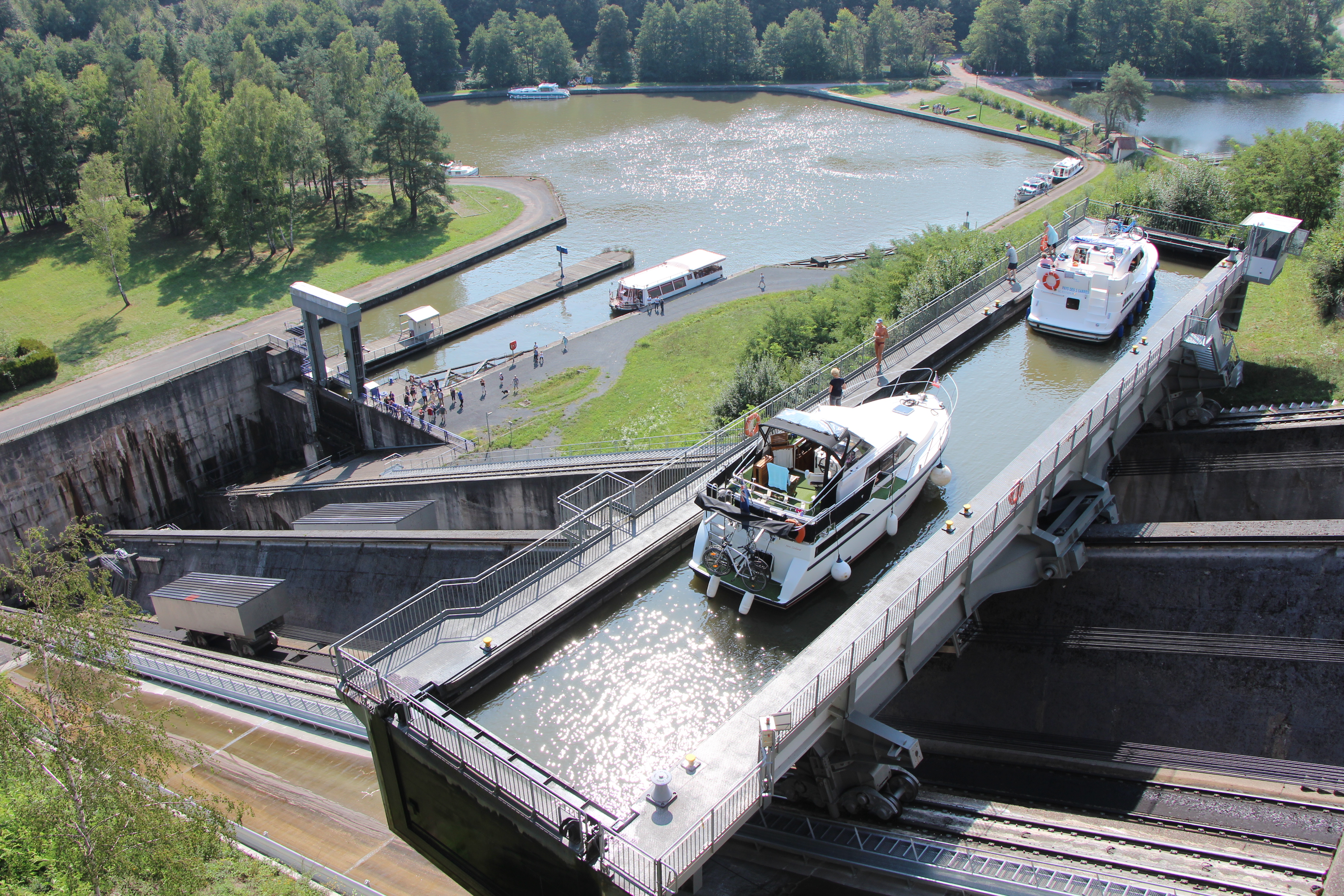 This must-see boat-lift is a unique structure in Europe:

Life on the banks of the canals in the Terres d’Oh!

In the past, horses and men pulled the boats upstream along paths that ran alongside the river. Known as "towpaths", they have been laid out for cycling and walking today.

Signs on the river banks provide valuable information about the history of the Terres d’Oh!

"Bernard, we are in the flooding dock. Get ready, I can see the mooring dolphin!"

Patrick is not crazy. He is simply pointing out to Bernard that they will be able to moor the boat and attach it to a post in the water.

Boaters use a specific vocabulary when they sail in the Terres d’Oh! To have a better understanding of the terms and not feel completely lost, here is a small lexicon of common terms.